Cost of Food in Malta 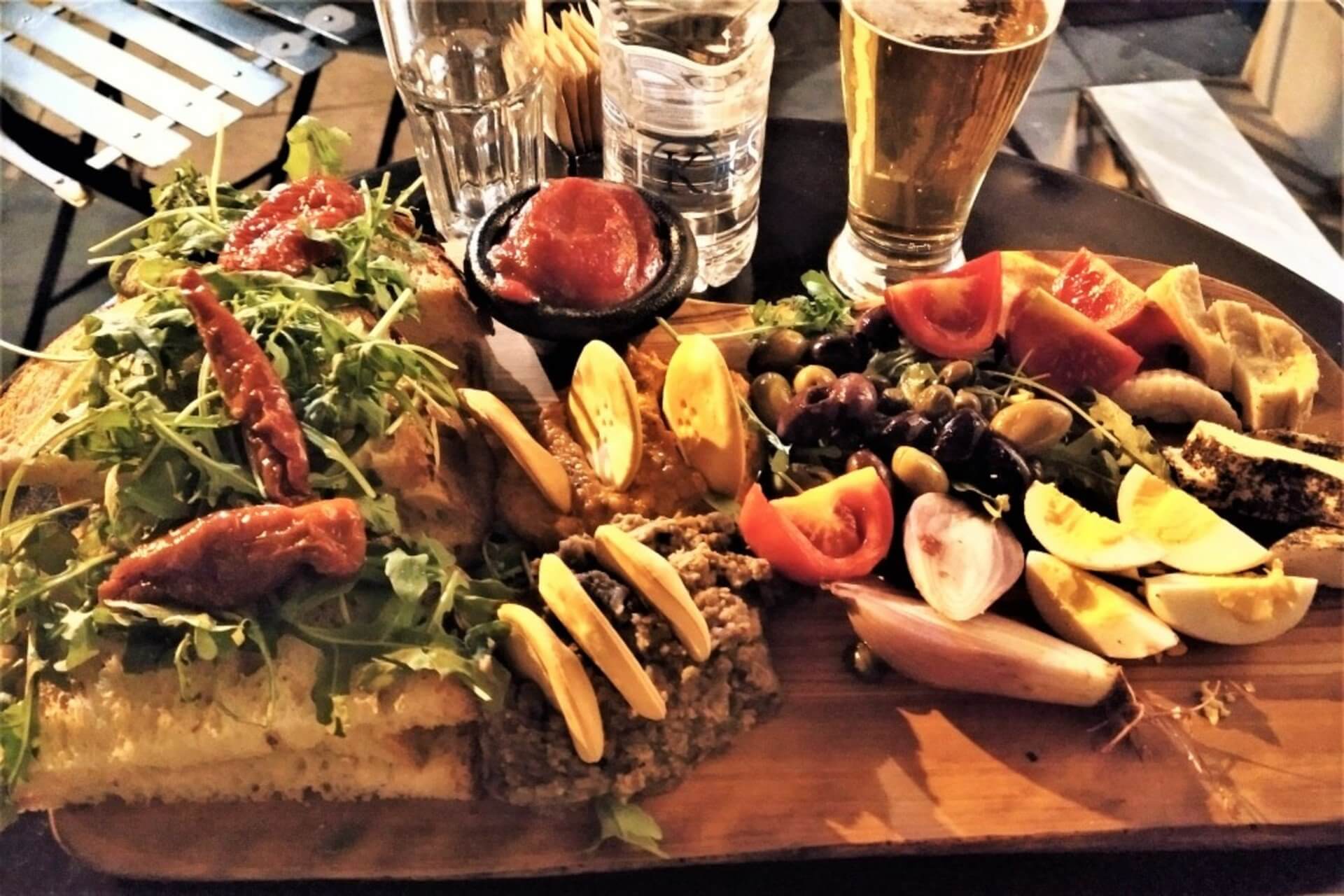 About Malta and Maltese Food

Malta, a country with some of the richest and most diverse history is located within the centre of the Mediterranean Sea, between Sicily and North Africa. A total of 525,285 people call this place home and features various natural attractions

Malta has been an epicentre for some of the best Mediterranean food across Europe, having restaurants that feature Indian, Arabic and Greek food as well. However, Malta’s cuisine has just as rich of a history as its people.

Maltese cuisine is the result of a long relationship between the Islanders and the many civilisations who colonized the Maltese Islands over the centuries. This mixture of tastes has given Malta a special mix of Mediterranean cooking. Although the restaurant scene is a mix of speciality restaurants, many eateries offer or specialise in local fare, serving their versions of specialities.

Traditional Maltese food is rural and based on the seasons. The most notorious of them are Lampuki Pie, Rabbit Stew, Bragioli, Kapunata, and widow’s soup, which includes a small round of Gbejniet. On most food shop counters, you’ll see Bigilla, a thick pate of broad beans with garlic. The snacks that must be tried are ‘hobz biz-zejt’ and pastizzi.

Sharma offers a wide variety of these traditional dishes, such as the Bragioli; A mixture of breadcrumbs, mushrooms, parmesan cheese, black olives and basil rolled into a thin slice of beef, creating the perfect combination of flavours, which is priced at €17.95

Another traditional Maltese dish that we proudly present is the Fenek Malti, Rabbit hind leg cut into 3 pieces, marinated in wine, garlic, onions and rosemary, baked in the oven to perfection. This beautiful marriage of flavours is priced at €18.95

Besides traditional Maltese dishes, Malta also features cuisines from regions of Asia, especially featuring Indian food more prominently. Dishes like the Palak Paneer, Beef Biryani and Chicken Tikka are enjoyed not just by the Indians that tour through Malta but have found a place within the hearts of locals as well.

The Palak Paneer is spinach cooked with white home-made cheese in Indian spices, creating the perfect blend of vegetarian goodness. Priced at €11.50, it makes for a meal that’s heavy on the stomach but light on your wallet.

A fan favourite, the Biryani we offer comes in multiple variants, offering a vegetarian biryani, a beef biryani, lamb biryani, the standard chicken biryani and even a prawn biryani that sea-food fanatics can savour. Our range of Biryani starts at around €15.50 and goes up to €20.50. It’s not just a fan favourite, but also one of the staple dishes that we have to offer from India.

Some of the meaty delights we have to offer are sure to satisfy all your carnivorous desires. Our dishes like the Chicken Tandoori Tikka create a zesty and spicy explosion of flavours, starting at €11.95, it makes for an expensive Indian delight that you are sure to enjoy.

We at Sharma, also offer some of the best range of Arabic cuisine, featuring foods from the entirety of the Middle East, be it from Tunisia, Morocco, Egypt or even the Arabian Peninsula itself. Dishes like the spectacular Shawarma, Mahshe, Embattan and the Couscous Salad, all make an appearance. Our Arabian range makes for an inexpensive delight that takes you a trip through the sandy Arabian deserts, taking your tastebuds on a magical carpet ride of flavours. 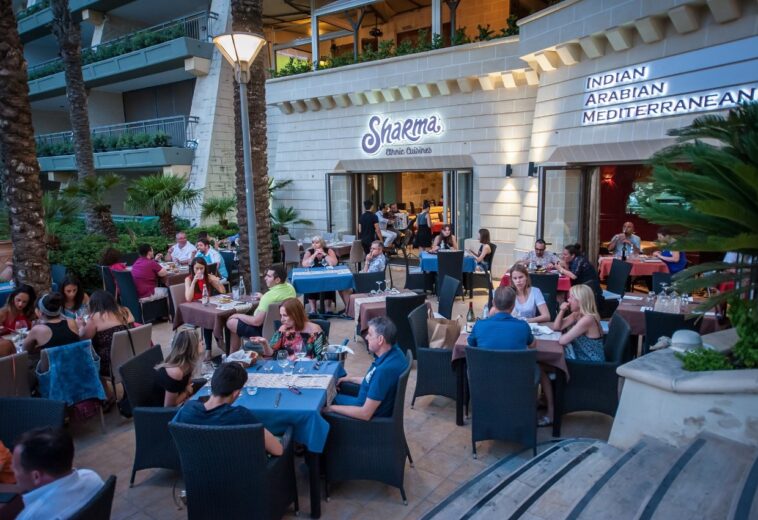 Why Sharma Is The Best Place To Eat For Muslim Tourists 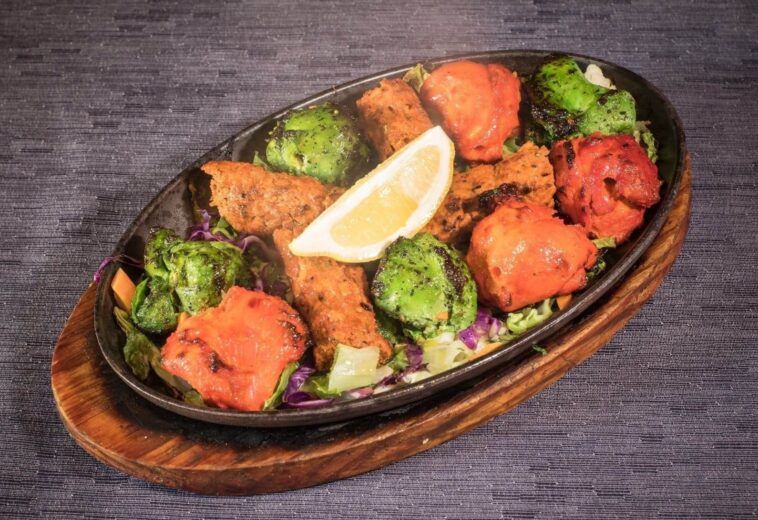 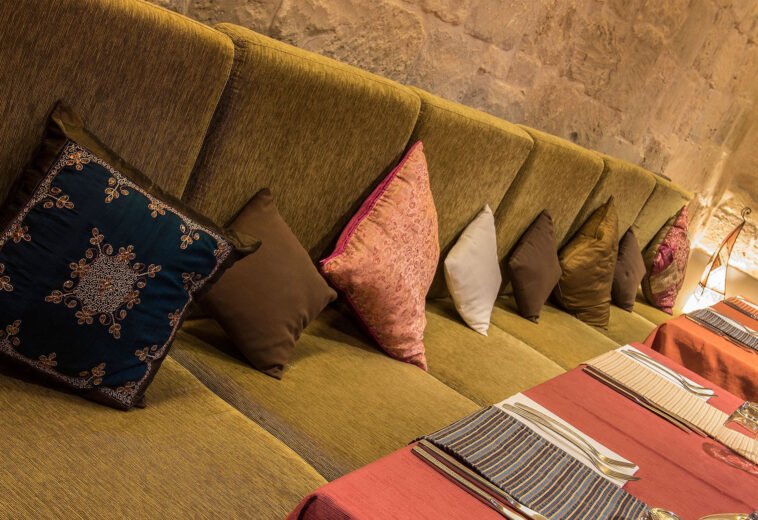 WHY SHARMA RESTAURANT IS IDEAL FOR MOTHER’S DAY!